Resources for coaches and managers

Thanks for your involvement as a Coach or Manager. Your contribution is a critical part of providing the opportunity for our community to play this wonderful game.

The HPW How-To Guide to navigate Coaches and Managers through a successful season.

On behalf of the Committee, we would like to thank you for volunteering to manage a team with the Hurlo Community.

As a Manager, you are guided by our Code of Conduct, and your primary role is to promote a safe and friendly environment for all players under your care.

We appreciate that at times, people get carried away with the emotion of football, and as such we ask our Coaches and Managers to work together to ensure that they are always exhibiting the correct behaviour.

Hurlstone Park Wanderers is a community club that promotes playing football in an inclusive manner, with respect for opponents, officials, and for the love of the game.

We have a kick-off meeting before the competition starts each year, for new and returning Managers to come along and ask questions and receive information to help them have a great year.

For training nights, check the status of Ewen and Beaman Parks from Canterbury Bankstown Council

For up-to-date status of weekend field closures from the CDSFA. Check frequently as last-minute changes do occur

How to pay and be reimbursed for Referee payments

Our coaching philosophy follows the FFA curriculum, which promotes coaching as inclusive, where the Coach and the player each have a role to play, where the player is safe to make their own decisions, to find their own path to the acquired outcome.

As an HPW Coach, you are guided by our Code of Conduct, and are required to complete an FFA community course that is relevant to your age group (Grassroots for U6-8, Skills Training for U8-11, Game Training for U12+, Seniors Course for U18+) so that Coaches can attain the base knowledge and philosophy that our coaching system is based on.

First and foremost, your coaching sessions need to be fun for the players, and fun for the Coach.

The Club provides training session plans each week, which are modelled off the Skills Sessions run for players on a Monday night of that week.

Coaches are encouraged to attend the Skills Sessions that are run by our Technical Director, Steve Tzanakes and his team.

All HPW Coaches need to be accredited to coach

Rules of the Association

Rules under which the CDSFA operate including the Mode of Competition

Miniroos U6-11
Playing formats and rules

Playing format and rules for U6-11

Being a successful Coach at HPW

If you have any issues contact our Coaching Coordinator at

If you have any issues contact our Coaching Coordinator at coaching@hurlstoneparkwanderers.com.au

In applying for registration as a Coach or Manager with the Hurlstone Park Wanderers Football Club, I will comply with this Code of Conduct in all respects.

I also understand that any breach of the Code of Conduct may result in sanctions being imposed upon me.

I will always play by the rules.

I will never argue with an official.

If I disagree with a decision I will understand that officials, like coaches and managers, can make mistakes.

I will control my temper. I understand that verbal abuse of officials and sledging other players and deliberately distracting or provoking an opponent are not acceptable or permitted behaviours in any sport.

I will be a good sport and applaud all good plays whether they are made by my team or the opposition.

I will treat all players in my sport as I like to be treated.

I will not bully or take unfair advantage of another player or official.

I will cooperate with my team members and opponents.

I will display modesty in victory and graciousness in defeat.

I will not arrive at the field intoxicated.

I shall not consume alcohol at junior matches.

I will respect the rights, dignity and worth of all people involved in the game, regardless of their gender, ability, cultural background.

I will thank the opposition and officials at the end of the game.

In applying for registration as a Coach/Manager of the Hurlstone Park Wanderers Football Club, I acknowledge that I have read and agree to comply with the above Code of Conduct and accept that breaches of the Code carry consequences under the Code, and the Constitution, Rules and Regulations of the Canterbury District Soccer Federation Association and of its members and affiliated Clubs.

Register to Coach or Manage

Hurlstone Park Wanderers is a community club that promotes playing football in an inclusive manner, with respect for opponents, officials, and for the love of the game.

If you are interested in coaching or managing with us, head to the Play With Us page and follow the same process as with signing up to play.

If you are coaching or managing anyone under 18, you will need to apply for a free working with children check before you register.

Apply for a free Working with Children Check here

Details of our team formation sessions and trials

Registrations for 2022 open this week. To register

The festive season be like : friends (furry ones t

So very proud of Briana - she is the Alive FM @ali

A great accomplishment during a slightly unusual s 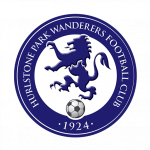 Hurlstone Park Wanderers Football Club is a community-based soccer club run entirely by volunteers. We welcome players of all ages and from all walks of life. Find us at Ewen Park and Beaman Park, Inner West Sydney, NSW.

For fixtures, results and
ladders – find us on

Hurlstone Park Wanderers Football Club is a community-based soccer club run entirely by volunteers. We welcome players of all ages and from all walks of life. Find us at Ewen Park and Beaman Park, Inner West Sydney, NSW.

For fixtures, results and ladders – find us on

Hurlstone Park Wanderers Football Club acknowledges that our games and all operations of our Club are carried out on Aboriginal land. We acknowledge and pay our respect to the traditional owners and elders (past, present and emerging) who have cared for the lands and waterways for thousands of years based on deep knowledge of culture and Country.